Are SHX Font Comments in PDFs a Problem for You?


Both AutoCAD 2016 and AutoCAD 2017 include improvements for working with PDFs in AutoCAD. 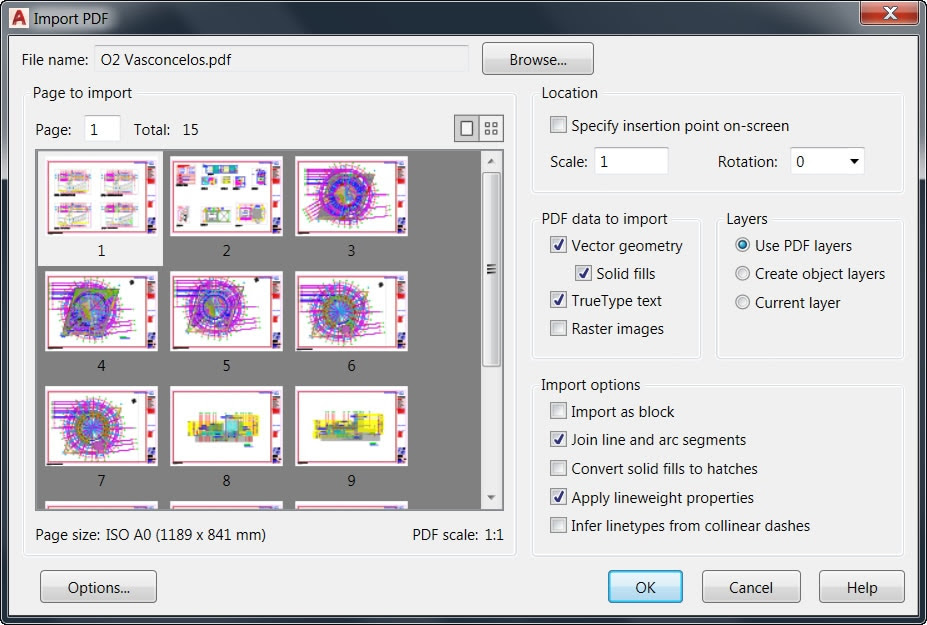 That means the popularity of vector PDFs will continue to grow. With or without layers, the ability to convert a PDF into CAD objects to edit and republish is a very useful process, but what if you open the PDF and move your cursor around the screen and see SHX text in comments like this?

If you want your SHX text to be converted to a comment in the PDF and you are using AutoCAD 2016, then you're in luck. If you don't want those comments created by default, just install AutoCAD 2016 Service Pack 1 and set the EPDFSHX system variable to 0 then publish to PDF.

There's an Autodesk Knowledge Network page describing the resolution to this issue.

Drawing text appears as Comments in a PDF created by AutoCAD 2016
https://knowledge.autodesk.com/support/autocad/troubleshooting/caas/sfdcarticles/sfdcarticles/Drawing-text-appears-as-Comments-in-a-PDF-created-by-AutoCAD.html

Note that the setting should be 0 before you publish to PDF.

Updated Version of Screencast is Available

There is an updated version of the Autodesk Screencast. It was posted on March 29, 2016. You can download either the Windows or Mac version here.

The Autodesk Screencast software also allows you to make some edits to the timeline such as removing a selected portion of the recording.

Once you've recorded and made adjustments to the timeline, you can post the recording on the Autodesk Knowledge Network.

The recordings you upload can be marked as private, public, or unlisted. 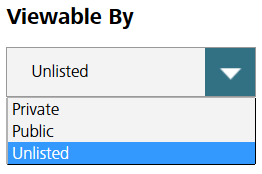 Read more about Autodesk Screencast here then search for other useful tips posted there as well. You can even subscribe to a user's Screencast account to get notified each time a new video or AKN is posted by that user.
Posted by Tom Richardson at 11:44 PM No comments:

In case you haven't heard, AutoCAD 2017 is now available for download. Many websites are now posting the new features you'll find in this version. There's even a feature list comparing the last few versions of AutoCAD for you to review.

In case you want to learn about the new features in AutoCAD 2017, begin with the (1) Learn portion of the Start Tab. There's a (2) What's New video showing the latest and greatest new features in AutoCAD 2017. The (3) Getting Started Videos can help show you around the interface and help you start using the software. The (4) Learning Tips are useful for many disciplines and the right and left arrow buttons can be used to access additional tips. Finally there's an (5) Online Resources section with links to additional learning resources, such as The Hitchhiker's Guide to AutoCAD Basics. 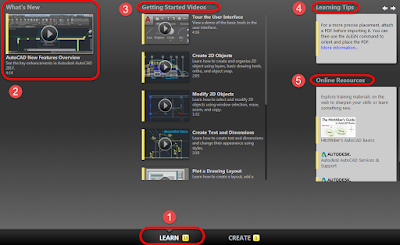 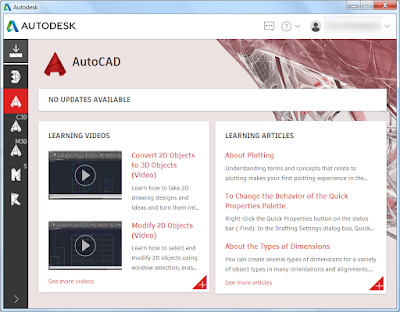 If you initially decided not to migrate/import your settings from your previous version of AutoCAD, you can later access this newly updated feature using the Migrate From a Previous Release command in the Start Menu. You will need to close AutoCAD 2017 to run this command. 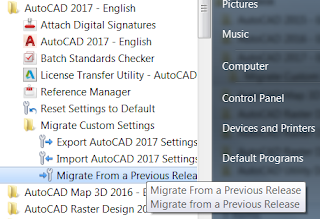 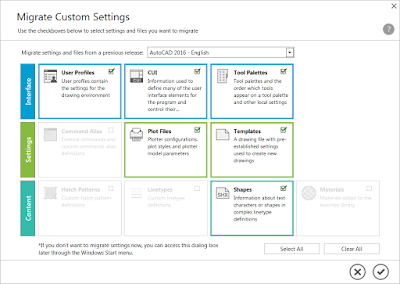 Centerlines and centermarks are new features for AutoCAD 2017 as well. They are dynamic, which means they move with the source objects as shown in this video.

There are more new features such as improved PDF import support and graphics enhancements including making arcs look like arcs instead of segmented arcs even during a move command. For now, though, I want to discuss one of my favorite improvements in AutoCAD 2017. You might not even notice it until I describe it to you.

In AutoCAD 2017, the folder name is highlighted by default upon creation. That means you can start typing a folder name immediately after clicking the New Folder icon.

Yes this is how it works in Windows Explorer, but now it works the same way in AutoCAD 2017.


That leads me to my initial question: What's your favorite new feature in AutoCAD 2017?


Posted by Tom Richardson at 8:00 AM No comments:

I find that map commands in Civil 3D can be very useful for both land surveyors and civil engineering technical staff. The problem seems to be that many users don't know about these very useful commands.

Here's a question than I'm often asked by land surveyors:


Is there a point to point inverse in Civil 3D?


The answer to this question is YES!

CGSLIST is located on the Analyze ribbon tab in the Inquiry panel.

This command uses the settings for Angle, Distance, and Direction that are stored in the Ambient Settings of the current drawing. If you want the course (bearing) to be in N90°00'00"E format, open the Drawing Settings dialog, choose the Ambient Settings tab, change the Direction > Format setting to DD°MM'SS" and press OK. You can also change the precision for coordinates, distances, and more. 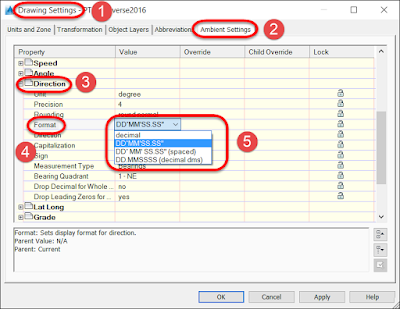 My example begins with a drawing that contains two points that are exactly 10 feet apart horizontally and 5 feet apart vertically. This allows me to confirm the horizontal and vertical results of the command.

NOTE: The command line shows that _AeccCgSList is the command running. You can also access this command by typing CGSLIST at the command line and pressing enter. If you are using Map 3D, use MAPCGSLIST. All three commands work in Civil 3D version 2015 or later.

If you want a command that repeats with the 'PN transparent command, record a macro. If you're interested in a follow-up blog describing how to create and use that macro, please let me know in the comments section of this posting.

Posted by Tom Richardson at 8:00 AM 3 comments: